A trainer has been using PFProp with the women’s volleyball team at the University of Tokyo since spring 2014. He provides training to players at the top educational institution in Japan, while communicating the importance of activating the inner unit. Of course, PFProp is utilized in daily training. 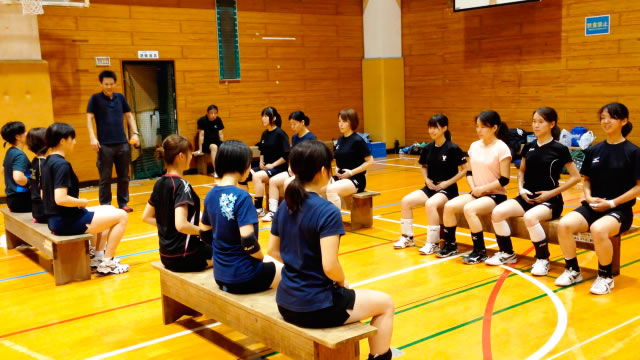 Immediately after use, the players commented that the legs were easier to raise, and the arms could be turned further. Also, the survey conducted six months later reported a reduction in injuries overall. The director and the coach commented that jump strength improved and the force of the ball increased during spikes.
The team is in better shape with improvements in total performance, and in the spring of 2015, they made it to the top of the league and became the champions for the first time in decades. They promised to continue to use PFProp in the future.