PFProp was initially developed to prevent and improve urinary incontinence. However, many users were observing improvements in posture, balance and strength, in addition to reporting a stronger pelvic floor.
No research reports were available for PFProp, and its effects on posture and balance. For this reason, a study on the positive impacts of PFProp on balance and posture was authored.
The study was conducted as follows: eighty-one healthy university students were randomly divided into three groups. One group had no exercise training at all. Another group trained without PFProp. And the third group trained with PFProp.
On the first day of the experiment, members of all three groups had posture measurements taken, using the Spinal Mouse. Similarly, body sway was measured using a Wii Board. The same measurements were repeated for all study participants after two weeks.
As shown in the graph, a significant difference was observed in the angle of the sacrum in the sitting position before and after the experiment (compared to the reference values). In addition, the amount of change before and after training decreased significantly in regard to the static standing position (total locus length) in the experimental group. 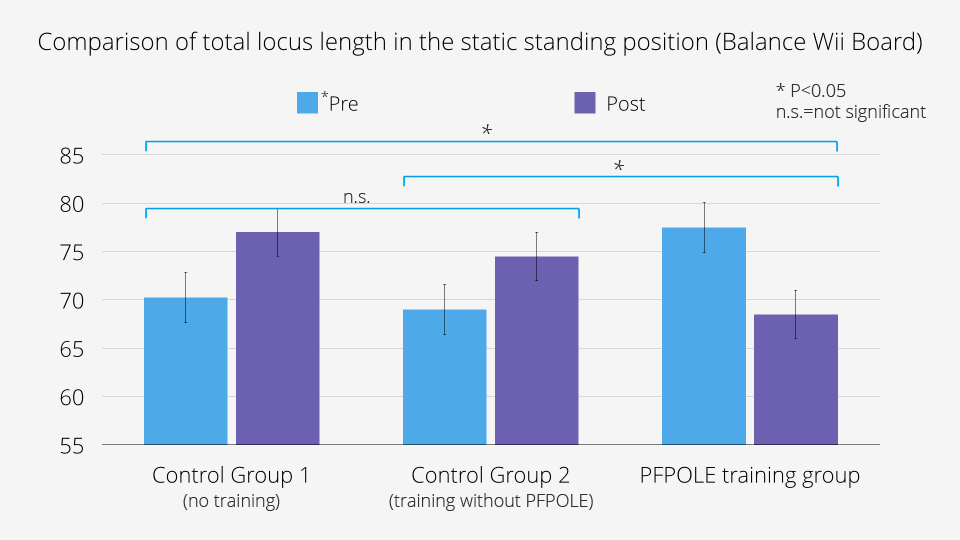